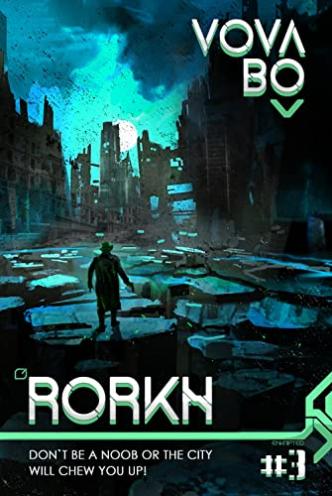 The dehunters have gotten what they came for, and - finally - they've left our hero alone. The only thing is that now, it's Arch who has a problem with the Council of Thirteen Guilds.

Everything that went down proved just how weak and helpless our hero is. And that for a full-on war against the dehunters, he's going to need a new approach. A new unit, new dark equipment, new hunters and combinations. Shapeshifters, Vampires, Shadow Assassins, Malefactors, Necromancers, and (of course) Demi-Demon hunters. Arch is using recordings from Red, a legendary player, creating something new and unique on the solid foundations they provide.

Where standard groups have to bow out, Arch's new unit - the Sunrise Demons - awaits its finest hour. They're the hair of the dog - the monsters killing monsters.

No longer are they literally out there hunting beasts; no more quests, no more closing activities. Just revenge and PVP.

Except something else is developing in Rorkh at the same time. Rumors abound about the upcoming Great Defense, and the guilds aren't letting anything stand in their way as they gather strength in preparation. As ever, the Psycho Swordsman is ruining everyone's plans, having set out on a hunt for our hero. And the Sunrisers themselves are constantly trying to use Arch's unit for their own ends.

All this has led to a real shortage of resources for the team. And so every run is an all-or-nothing gamble - this unit has no choice but to go all-in, every time.