In the System - audiobook is released 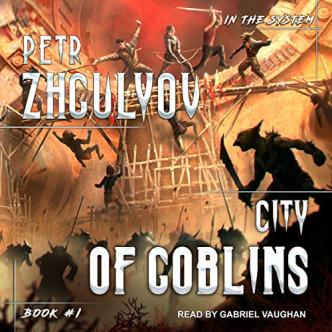 In the System: City of Goblins by Petr Zhgulyov - audiobook is released

Ivan Susanin, a typical guy and unemployed techie, is initiated by the System and transported, together with a thousand other players, to an unknown location beyond Earth. Ivan has an interface, a spear, and basic weapon skills. All he has to do to return to Earth is complete a simple quest and reach the second level. But experience points are only awarded for kills in this game, and the clock is ticking.

The most valuable prey under these conditions are formal allies, i.e. the other players. If a player is capable of killing a fellow human, of course. Even if they aren't planning to go against their own nature by murdering innocents, who said that they will have a choice? It's kill or be killed!

Beyond the local objective is also a global one. In the center of the city stands a temple to a fallen god, and until one of the players captures the Altar, the mission will be repeated again and again.

For the first seven players, who become the Earth Gods, this mission is a chance to rapidly gain power and take charge of a united Pantheon. A chance to escape death and protect our world from invasion. Although there is only one altar and the Gods make others do their work. Ivan must make a choice and decide whose pawn he will become. Or should he take a risk, refuse their patronage, and keep his options open?