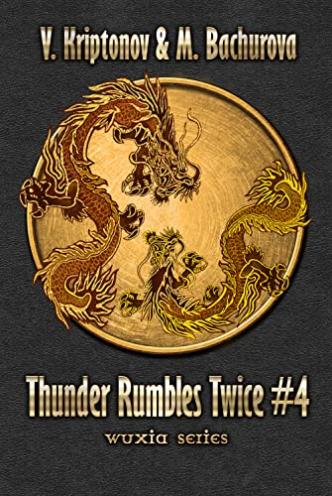 Thunder Rumbles Twice, book 4 by M. Bachurova and V. Kriptonov is going to be released March 30, 2023

Lei Cheng is now the leader of his own clan, and is gathering under his wing all those who will agree to swear an oath to him. The oath-givers gain freedom from drug addiction, and Lei gains loyal fighters. His young clan is fighting for survival in a Celestial Empire already divided up long ago, but Lei’s chief task is the same as ever – to find Kiang, still hiding in the shadows. A thread which was supposed to lead to him has broken, and Lei and his boys are starting to run into serious trouble with the law.

To avoid that trouble and gain new opportunities for his clan, Lei makes a deal with the authorities. He must infiltrate the home of the Hua clan leader and steal a secret document that could compromise the clan. Lei is not at all happy to be risking his life for other people’s purposes, but on the other hand, this time Kiang turns out to be far closer than ever before. And Lei can’t miss that chance…