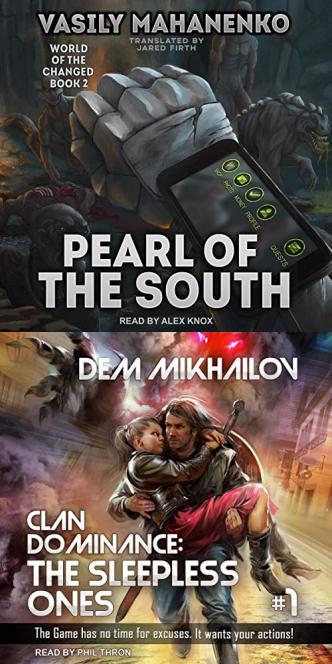 Two new audiobooks are released: The World of the Changed-3 and Clan Dominance: The Sleepless Ones-1

The World of the Changed: Noa in the Flesh by Vasily Mahanenko

The World of the Changed, still going strong! A sister kidnapped, a powerful enemy right around the corner, and Earth under the thumb of the monsters. What else is it going to take to become a true hero and save humanity? The only problem is that Mark Derwin has bigger problems, focused as he is on finding Squirrel, his sister. And he has to make sure she's still the same person she always was rather than a chunk of noa. He's prepared to do anything, go to any lengths to make that happen, including working with the game. But not with the game owner. Mark has quite the litany of questions for that character.

Clan Dominance: The Sleepless Ones-1 by Dem Mikhailov