Underdog-5 opening chapters are published in our blog 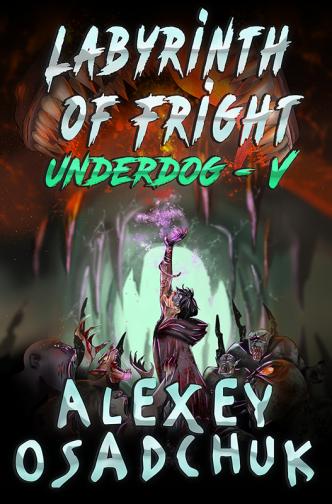 The entrance to the Citadel is guarded by the Gatekeeper, a huge troll encased head to toe in a suit of plate armor. Thanks to his Friend of the Trolls amulet, Eric manages to avoid fighting him and thus passes the Gatekeeper’s first test and can enter the Citadel of Chaos to partake in its mysteries.

Eric isn’t interested in its mysteries though and he tells the troll as much directly. He even goes so far as to say he would rather just go on his merry way and leave the Citadel. But the Gatekeeper informs Eric that he will not be able to leave quite so easily because now that he has activated the manuscript, he must undergo a test known as Unity with Chaos!

On the one hand, Eric understands that taking part in the undoubtedly dangerous activity threatens to end not only in loss of time, but possibly loss of life as well. On the other hand though, he remembers perfectly well what Chaos Magic is capable of.

What if Eric is able to pass the test? Will Chaos grant him power? After all, Eric is conscious of the fact that, despite how markedly he has changed and grown stronger, he is still nowhere near as powerful as the Steel King, who is holding Maya and Mee in captivity.

Could the gods perhaps be telling Eric the time has come to do as the Woodwose instructed?

The time has come to grow stronger!