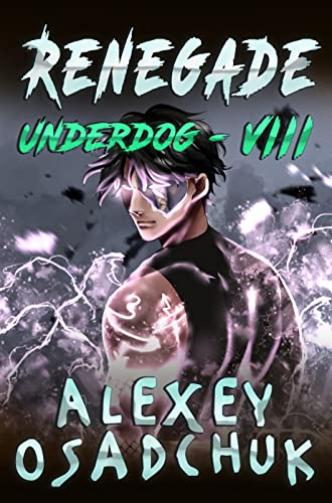 Underdog, book 8: Renegade by Alexey Osadchuk will be released May 12, 2022

The battle with the horde of necromorphs is lost. Foreston has been overrun by Dark fiends. The foxfolk have been forced to abandon their homes and seek salvation on the far side of Narrow Lake.

Its main city lost, the Order of Monster Hunters finds itself on the brink of destruction. And now deprived of their chief ally, the gnomes are left all alone to take on the army of the Steel King.

Eric’s attempts to halt his foe’s advance have all come to naught ― Alrak the Heartless and the other Dark primordials are simply too powerful.

To cover his friends’ retreat, Eric makes use of forbidden magic, for which the Great System strips him of his rank as magister and declares him an apostate.

In spite of the crushing defeat and grievous wound, Eric’s will is not yet broken. And although he has become a renegade in the eyes of yesterday’s friends and allies, Eric will keep up the fight against Darkness!