The Way of the Shaman comic book is now on Amazon 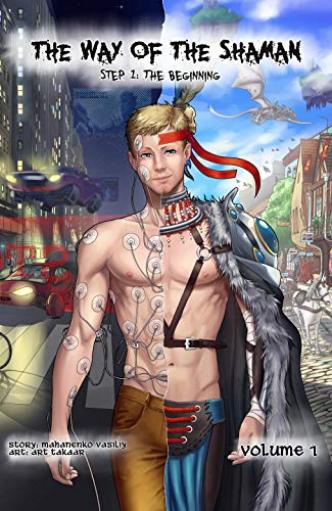 Barliona. A virtual world jam-packed with monsters, battles - and predictably, players. Millions of them come to Barliona, looking forward to the things they can't get in real life: elves and magic, dragons and princesses, and unforgettable combat. The game has become so popular that players now choose to spend months online without returning home. In Barliona, anything goes: you can assault fellow players, level up, become a mythical hero, a wizard or a legendary thief. The only rule that attempted to regulate the game demanded that no player was allowed to feel actual pain. But there's an exception to every rule. For a certain bunch of players, Barliona has become their personal hell. They are criminals sent to Barliona to serve their time. They aren't in it for the dragons' gold or the abundant loot. All they want is to survive the virtual inferno. They face the ultimate survival quest.