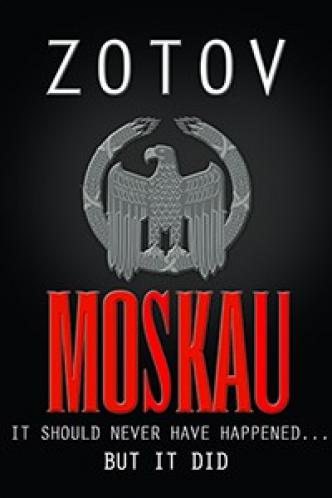 The 21-century SS Sturmbannführer Loktev embarks on a crazy and impossible mission. Whole areas of planet Earth have begun to disappear, revealing portals to other realities and filling the world with the identities of long-dead people. A “trigger agent” of the disaster is on the loose in a world ruled by the victorious allies Germany and Japan. If Loktev doesn’t stop the looming catastrophe, the Nazis might regret they won the war back in 1941.

From Russia’s bestselling science fiction author G. Zotov comes a book which is equal parts alternative history, dystopia and satire. Lovers of Philip K. Dick’s The Man in the High Castle will appreciate the author’s dry black humor and psychedelic imagination which rule the streets of a post-apocalyptic Nazi-controlled Moscow.

This is an interesting take on the "what if Hitler won the war" theme. The story is funny and quite spooky at the same time. The author has definitely done his research.

The authors creates a well-developed, complex alternative reality with tons of details.

There's always something interesting to find in alternate history novels and this one definitely earns the moniker "dystopian".